YOU INSPIRE ME JOSH 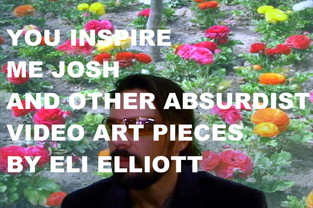 Featured is the classic JOSH piece as well as other absurdist video art works. 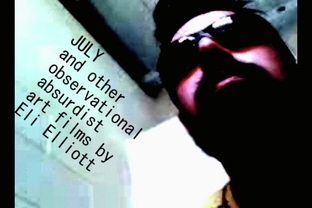 JULY begins with an experimental short of the same name, documenting a return to L.A. and also includes films in the absurdist vein, closing off with SUBJAGATIONS 3 featuring audio from a found answering machine micro cassette.

IN THE MEANTIME
and other observational art films 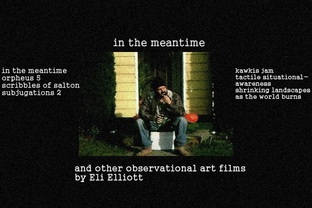 IN THE MEANTIME covers my departure from Los Angeles and documents observations from various stops along the way. 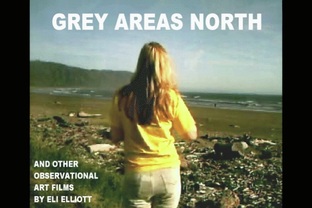 GREY AREAS NORTH consists of the short observational/autobiographical film of the same name, plus many others in the same vein. Personal filmmaking with absurdist/sociological Elienation elements throughout.

ZERO and other PXLvision films 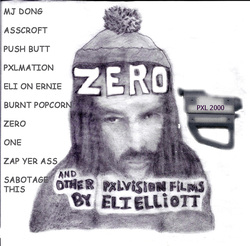 ZERO consists of films shot with the failed toy video camera, the Fisher Price PXL 2000. Many of these have been screened at the PXL This festival. The DVD concludes with a bonus piece which got the festival banned for life from it's longtime venue.
eli elliott